Plastic Surgery Is Not Plastic 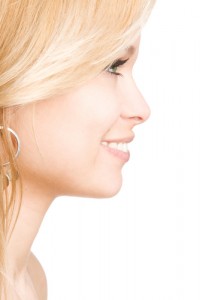 The term plastic surgery is actually derived from the Greek word plastikos, which means to mold or form. Self-improvement has been evident in cultures throughout all of history. For centuries people have taken drastic measures to achieve beauty as they perceived it. Some by tattooing their bodies, placing discs in their lips, piercing ears, binding feet, and filing their teeth. The oldest recorded history of plastic surgery procedures took place in ancient India. Rhinoplasty, commonly known as a nose job, was performed on people who had become disfigured after being punished for a crime. The method of surgery was kept secret and passed down from generation to generation.

In ancient Rome, plastic surgery was also practiced to improve peoples physical appearances, as Romans were subject to scrutiny while bathing in public.

Developments in plastic surgery have come a long way and imaginative and innovative surgeons are continually developing new procedures to improve peoples lives. And as plastikos is to mold, the field of plastic surgery will continue to mold itself as long as society strives for self-improvement.